A number of articles – often updated and changed

An Introduction:
Glyphosate is by far the world’s most widely used herbicide and is the primary toxic chemical in Roundup™. It is in many other herbicides, too, In fact, it is a broad-spectrum herbicide that is used in more than 700 different products from agriculture and forestry to even home use.
Glyphosate was introduced in the 1970s to kill weeds by targeting the enzymes that produce the important amino acids tyrosine, tryptophan and phenylalanine.
We’ve now saturated the soils; and we find it back in the water we drink – tap and bottled; aquifers hold on to it; rivers carry it to new areas; corporations depend on it for profits; shareholders expect to make money from their investments in it; the earth’s air contains it as it evaporates and moves on to become condensation elsewhere; and the public is involved in the largest ever human experiment and health deception/fraud- with eyes-wide-open.
In a very short period of time (in less than one generation) we have contaminated everything associated with half-decent health and life and living. Take a look at just how much is in use!

The foods we consume TODAY look the same as before this poison was developed and used on them – and so we just go about our business without too much question… but if a skull and bones had grown onto the flesh and skin of fruits and vegetables and peas and beans that had been grown with glyphosates… WELL! then we’d sit up and vote with our dollars and protest!

Thankfully, as consumers, we are waking up to reality. A few brilliant science gurus – research giants – are determined and steadfast to educate us. And it is clear – we have to live as organic as possible – shopping and growing and legislating and soil-reclaiming (and putting a few people in jail).

Soon, we’ll all be eating organic food, we hope. We’ll be getting all of our healthy produce at grocery stores, for reasonable prices – and agricultural oversight departments, Health Canada and the FDA will have finally caved to public demand and banned these poisons and guide farmers to engage in soil repair.
BUT what if it rains – chemtrails on our food!
What about all the poisons with long half-lives already in the soil?

This amazing scientist analyzed endless databases, finding hints and leads in many places in regards to dysbiosis, impaired glutatione synthesis, impaired sulphur metabolism, disrupted folate, Vit D and all the Vit B’s pathways, disruption of minerals that are central to enzyme production and liver detoxification as well as the imbalanced hyper-important methylation processes. Further research lead to more proof of the stressed environment and especially all the growing earth, impaired homeostais, exponential overburden and compromise – eventually we’ll all be compromised – until it becomes completely unmanageable – and not just left in the domain of children with autism… and then Dr Don Huber’s missing research piece on glysophates – and voila! The research pieces came together in this brilliant mind… right down to beneficial earthworms with Parkinson’s: https://youtu.be/i6j0wlhUr1m

You may remember Dr. Stephanie Seneff (PhD, a senior research scientist at MIT) from past Pacific Holistic newsletters where I pointed to her superb, over-the-top smart YouTube lectures on the physical / cellular damage inflicted by cholesterol meds and statins and exactly why this is so, from a purely scientific / molecular / chemical point of view.
She has a very fine way of explaining the very intricate and complex ways of the stealth poisoning of glysophates in us, too.

Here she graciously shares (again) her insights into glyphosates:

SEEDs of TRUTH – more interviews with Dr Stephanie Seneff
and she explains what she’s found in her research of glyphosate’s involvement in our bodies.

Another Dr Joseph Mercoal interview with Stephanie Seneff, Ph.D., a senior research scientist at MIT. She reviews the health impacts of glyphosate. Her book about glyphosate called “Toxic Legacy: How the Weedkiller Glyphosate is Destroying Our Health and the Environment,” is expected to be published in June 2021.
For years we were told glyphosate was safe and claims of toxicity were vehemently denied. But studies on glyphosate have demonstrating the opposite – harmful toxicity even at very low levels. Dr Seneff also believes glyphosate exposure may be a key player in cases of severe C*V*D, which we’ll become clear in this interview.

Glyphosate and How to Detox It with Dr. Stephanie Seneff an interview with Dr Stephanie by Wendy Myers on how to begin to give these glyphosates the slip! 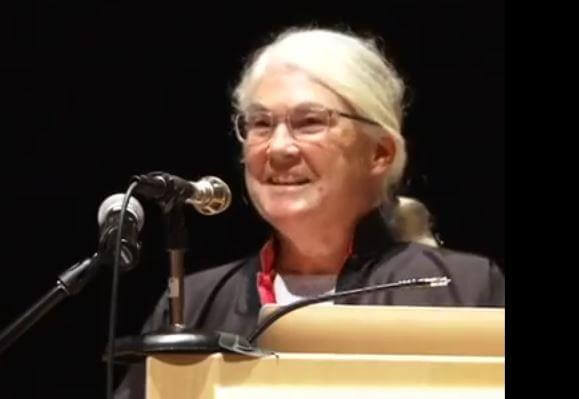 photo compliments of Journal of Autism

And here is an uplifting movie with brave solutions with Dr Zach Bush MD and soil health expert Dr. Allen Williams of Soil Health Consultants, LLC. They identify the root causes of the ever-rising chronic disease epidemic in North America and its tight connection to our food chain and the chemically dependent agricultural practices. Human gene modification is now cleary established and legislated and in step with crop modifcation.
Farmer’s Footprint | Regeneration: The Beginning features the trials, learnings and victories of the four (and a half) generations of the Breitkreutz family from Stoney Creek Farm transitioning from conventional farming to regenerative agriculture in Redwood Falls, Minnesota.
Things were not going well for any of them.. and then they were brave enough to turn their love of the soil around and really find their calling.

Transitioning to regenerative practices has boosted their row cropping and significantly reduced their input cost for their cattle feeding and reduced overal business risks. This film tells the story of how these folks did it. But it also tells how it all came apart first – bit by bit – and how most farmers’ lives are still affected negatively on many levels – including the highest suicide rates in the nation (not one farmer looks forward to damaging his legacy to his off-spring just to get by – a form of subtle mental torture).

Dr Zach Bush – a very level-headed explanation of why the earth’s micro-biome and our own body’s micro-biome is so closely related – and the core reasons why things have gone so terribly side-ways and more at https://vimeo.com/298467814

​Reports from U.S. Right to Know – a powerful non-profit that accumulations facts – https://usrtk.org​

IS THERE A LIGHT AT THE END OF THE TUNNEL?
Is it the concept of the ‘Hundreth Monkey’ or a ‘tipping point’…?
I think we are getting a glimmer…

These ground-breaking new American glyphosate law suits (which always seemed stacked on the side of the corporate jugernauts) against Monsanto and Bayer are presently providing a breath of fresh air and hope.
Remember the wrongful suits and losses that Percy Smeiser, a canola farmer from Bruno Saskatchewan had to endure back in the late 1990’s and which left us all so discouraged that we had some form of justice and good governing.
(Even today one can read online about how he tried to cheat Monsanto! Outrageous reporting by our Canadian press.) (His neighbour, my brother-in-law, who was a farmer, lawyer and politician thought Round-up was the best thing since sliced bread!)

BUT ... the lastest three Monsanto versus people using glyphosate cases are a good and uplifting sign of a political turnaround. Here’s where to keep an eye on the synopsis of the on-going three and furure legal saga’s: https://usrtk.org, as well as on this page, starting with these vingnette’s posted below.

And to add another perspective, a more technical one, there’s Mischa Popoff’s work. He worked for five years as a USDA-contract organic inspector after growing up on an organic farm in Saskatchewan and getting his education at the University of Saskatchewan (including the history of nitrogen – including manure and gunpowder). He now lives in Texas where he works as a freelance writer and consultant. He’s written for many daily newspapers over the years, such as The Daily Caller, Breitbart, Culture Wars magazine. and he has several books out in this subject, too, of which one is “Is it Organic?”
Have a listen at this very revealing report – a bigger picture: MISCHA POPOFF: BAYER TAKES OVER MONSANTO https://www.youtube.com/watch?v=_-VcC-ia2wQ

The research looked at the periods before and after the introduction of neonicotinoids on rice paddies in 1993.
Photograph: Andy Rain/EPA; Artilce: Damian Carrington, the environment editor at The GuardianThe Silent Spring prophecy that pesticides could “still the leaping of fish” has been confirmed, according to scientists investigating the collapse of fisheries in Japan. They say similar impacts are likely to have occurred around the world.

The long-term study showed an immediate plunge in insect and plankton numbers in a large lake after the introduction of neonicotinoid pesticides to rice paddies. This was rapidly followed by the collapse of smelt and eel populations, which had been stable for decades but rely on the tiny creatures for food.

Only much more recently has a different type of food processing emerged: one that is more extensive, and uses new chemical and physical techniques. This is called ultra-processing, and the resulting products ultra-processed foods.

For European chemical giants, Brazil is an open market for toxic pesticides banned at home

Every year, B.C. sprays about 10,000 hectares of forests with glyphosate as part of its reforestation program. The practice, which is also common in other parts of the country, gives replanted conifers a better chance to grow by killing competing plants like aspen and birch.
Glyphosate, best known as the active ingredient in weed killer Roundup, is approved by Health Canada for use in agriculture and forestry. Several organizations and researchers have raised concerns about glyphosate’s potential effects on human health, linking it to cancer, infertility, liver disease and other ailments.

The U.S. is pushing back on Thailand’s plan to ban chemicals including glyphosate, which multiple U.S. plaintiffs allege cause cancer, at a time of deteriorating trade relations between the two countries by Lien Hoang, a Freelance Correspondent

It’s the largest class action Australia has ever seen — four times larger than the Black Saturday class action of 2009 — and involves people across the country.

Up to 40,000 people who live and work on land contaminated by the chemical compound PFAS are suing the Australian Government, arguing their property values have plummeted, RN’s Law Report can reveal.

Monsanto’s surveillance center uses the same intelligence technology that the FBI employs to monitor terrorism threats. Monsanto has gone to the extremes in investigating news coverage that is critical of the company and its products, paying reporters and reviewers to combat negative reviews with positive ones.
Noah Yoo reported for Pitchfork about one of Monsanto’s targets, musician Neil Young. In 2015, Young released an album titled The Monsanto Years, which openly criticized the company. After the album’s release, Monsanto monitored Young’s impact on social media.
Monsanto also targeted journalist Carey Gillam, the author of Whitewash: The Story of a Weed Killer, Cancer, and the Corruption of Science, which was published in 2017. “Monsanto paid Google to promote search results for ‘Monsanto Glyphosate Carey Gillam’ that criticized her work,” Levin reported. A series of negative reviews on her book popped up on Amazon, despite the overwhelmingly positive reviews it had received from scholars. Revealed documents show that Monsanto has considered legal action against both Young and Gillam.
Monsanto is also under fire due to an internal communication leak that they have been threatening scientists and critics, as well as attempting to hide the truth of the dangers of glyphosate.

Thailand decides against pesticides ban after U.S. pressure – paraquat, chlorpyrifos will be delayed and glyphosate will merely be ‘restricted’

Thais worried about the health and environmental impacts of the weedkillers have long pushed for the ban, which follows similar moves in Vietnam and some European countries. But glyphosate is still considered the most popular herbicide worldwide, and regulators including the U.S. Environmental Protection Agency, Health Canada, and the European Chemicals Agency have registered it for use.

Papers in Refereed Journals on Nutrition and Disease

Note: These papers collectively explain how sulfate deficiency throughout the body is behind most modern diseases and conditions, and how toxic chemicals in the environment, especially glyphosate, cause this deficiency.